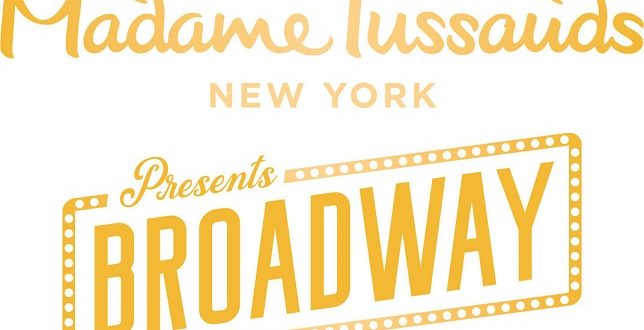 Be immediately transported behind the scenes of a Broadway Spectacular in a one-of-a-kind immersive musical extravaganza!

Madame Tussauds New York announces the launch of their newest experience, Madame Tussauds New York Presents Broadway, in partnership with Andrew Lloyd Webber’s Really Useful Group. It’s almost showtime for Broadway fans as they will become the star on 42nd Street starting in early June. Whether you have a dedicated room plastered with every Playbill ever made or you’re a fan of that actor who turned into a vibrant musical star, everyone has heard of the famous Broadway in New York City. The moment you walk down Theater Row, you know you’re seeing something magical, and now Madame Tussauds New York is capturing that magic and presenting a live-action, theatrical experience for their guests.

“Seeing a show on Broadway is a bucket list requirement for many people when visiting New York City,” said Tom Middleton, General Manager at Madame Tussauds New York. “Now, your Broadway experience doesn’t have to stop when you leave the theater. You can literally be a part of the glamour and see firsthand what it takes to make a Broadway show happen every night.”

As you enter the experience, WHOOSH, you’re immediately transported behind the scenes of a Broadway show, instantly becoming the star. Make a pit stop at the Broadway Bar for a tasty cocktail before being whisked away by live actors and the enchantment of being backstage. As your journey unfolds, you are catapulted into the world of Broadway, welcomed by the Phantom of the Opera for a one-of-a-kind behind the scenes adventure. Through a labyrinth of mirrors, ropes, pulleys, and props, you will be physically swept through some of Andrew Lloyd Webber’s iconic masterpieces, including The Phantom of the Opera, Joseph and The Technicolor Dreamcoat, Evita, Sunset Boulevard and Cats. Throughout your journey, you’ll perform alongside Grizabella and bring the technicolor coat to life. Do you have what it takes to be the star in one of these shows? Now’s your chance to find out. Start prepping your vocal cords and strap on your dancing shoes because your moment to shine is almost here!

Just in time for the 2019 Tony Awards, gear up for the perfect Broadway experience and immerse yourself in all of your favorite musicals, both past, and present.