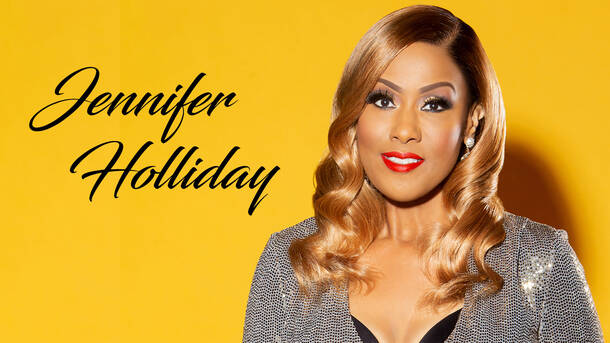 Jennifer Holliday — Broadway’s original Dreamgirl — celebrates her 60th birthday with you, direct to your living room! Holliday is a Tony- and two-time Grammy Award-winner whose career spans over four decades. Her 60th birthday show will feature hit songs from the Broadway musical Dreamgirls, tributes to her childhood idol Aretha Franklin, and original works from her own albums. She’ll be joined by a six-piece band with a few special celebrity birthday shout-outs. Jennifer Holliday is a survivor and even after almost forty years since she opened in Dreamgirls on Broadway, Holliday is still telling the world that she’s staying and you’re gonna love her!

Jennifer Holliday’s 60th Birthday Celebration is being presented by AIDS Healthcare Foundation. A portion of the proceeds will go to the Healthy Housing Foundation.