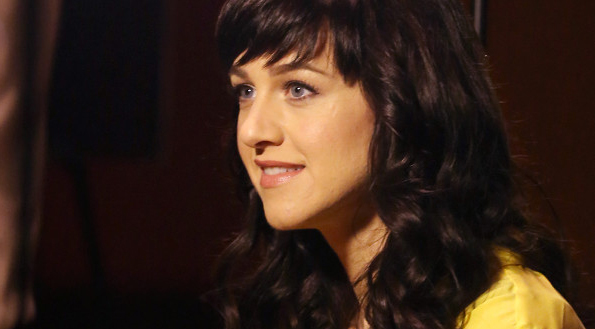 Audiences will have the option of a VIP concert experience, joining Hall on zoom for the event as well as an additional post show performance/virtual meet & greet.  Ticket prices are $20 for General Admission and $50 for the VIP experience.

LENA HALL is a Tony Award winner and Grammy nominee who received widespread critical acclaim for her feature film debut as the title role in Becks (winner of the U.S. Fiction Award at the L.A. Film Festival). Following her Tony-winning Broadway run in Hedwig And The Angry Inch, Hall toured North America with Josh Groban on his Stages tour, and portrayed the dual starring roles of both Hedwig and Yitzhak in Hedwig and the Angry Inch in Los Angeles and San Francisco.

She originated the role of Nicola in the Tony-winning musical Kinky Boots, and has been seen on HBO’s Girls, Amazon Prime’s Good Girls Revolt, and can be heard voicing the fan-favorite role of Countess Coloratura on My Little Pony: Friendship is Magic. Hall starred opposite Marisa Tomei in Lincoln Center Theatre’s How To Transcend A Happy Marriage. Hall’s many solo musical revues played sold-out shows at the Legendary Café Carlyle and 54 Below and received rave reviews.

Partnering with The Global FoodBanking Network (see information and donation link below) In celebrat...

In the sequel to DreamWorks Animation’s Oscar®-nominated blockbuster comedy, the Templeton brothers—...

WATCH IT LIVE FROM 34TH STREET ONLY ON NBC THURSDAY, NOVEMBER 26, 9AM-NOON IN ALL TIME ZONES Hosts: ...

Eleanor, a young, inexperienced fairy godmother-in-training (Jillian Bell) who upon hearing that her...

Tina Fey to Host “One Night Only: The Best of Broadway” on NBC December 10

Tina Fey to host “One Night Only:  The Best of Broadway” special to benefit Broadway Car...

Dr. Seuss’ The Grinch Musical will air from the Troubadour Theater in London on December 9th o...

‘Josh Groban: An Evening of Harmony’ on PBS

Hallmark Channel Christmas – If I Only Had Christmas

Lifetime Christmas Movie – People Presents: Once Upon a Main Street