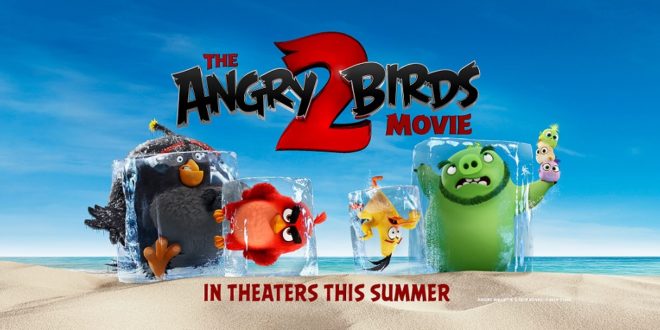 CULVER CITY, Calif., — Following the success of The Angry Birds Movie, which slingshot to nearly $350 million in worldwide box office and launched a global movie brand, Columbia Pictures in association with Rovio Entertainment Ltd. are once again joining forces on the next high-velocity adventure as the flightless birds and scheming green piggies take their beef to the next level in The Angry Birds Movie 2; Sony Pictures will distribute the sequel.

The sequel is set to hit theaters on August 16, 2019, coinciding with the 10th anniversary of the original Angry Birds game.

The film will be produced by John Cohen (Despicable Me, The Angry Birds Movie). Peter Ackerman (FX’s “The Americans,” Ice Age) is writing the screenplay.

The talented team at Sony Pictures Imageworks will once again be handling the animation for the film, which will be with the collaboration of Sony Pictures Animation. Also returning from The Angry Birds Movie will be production designer Pete Oswald and character art director Francesca Natale.

“We are thrilled to be teaming up again with Sony Pictures after the fantastic cooperation in the first movie and I can’t wait to experience the new journey in the upcoming film,” commented Kati Levoranta, CEO of Rovio Entertainment. “Rovio is continuing to focus on creating exciting new stories and experiences around our games and we’re eager to take fans back into the vibrant Angry Birds world on the big screen.”

“The Angry Birds Movie took the world by storm last year, creating a whole new legion of fans worldwide,” said Sanford Panitch, president of Columbia Pictures. “We had an incredible experience working with our friends and creative partners at Rovio, and now we – including our team at Sony Pictures Imageworks – are ready to launch into this next adventure.”

The Angry Birds Movie opened at #1 in 50 countries around the globe in May 2016, becoming the second-highest-grossing video game adaptation of all time. The Angry Birds games have been downloaded over 3.7 billion times.